The Water Watch website formed a key part of the communications and engagement work carried out in the South East of England during the drought of 2011-2012. With three dry winters and summers, water resources in the South East were particularly stressed, and the seven water companies, along with the Environment Agency, WaterWise and the Consumer Council for Water worked together to co-ordinated campaigns to raise awareness and encourage responsible behaviour by the public and businesses.

The website promoted key joint messages and built on the Beat The Drought campaign, devised by Jane McLaughlin during the drought of 2006, which included awareness raising, online pledging to save water, competitions and cinema and radio advertising. 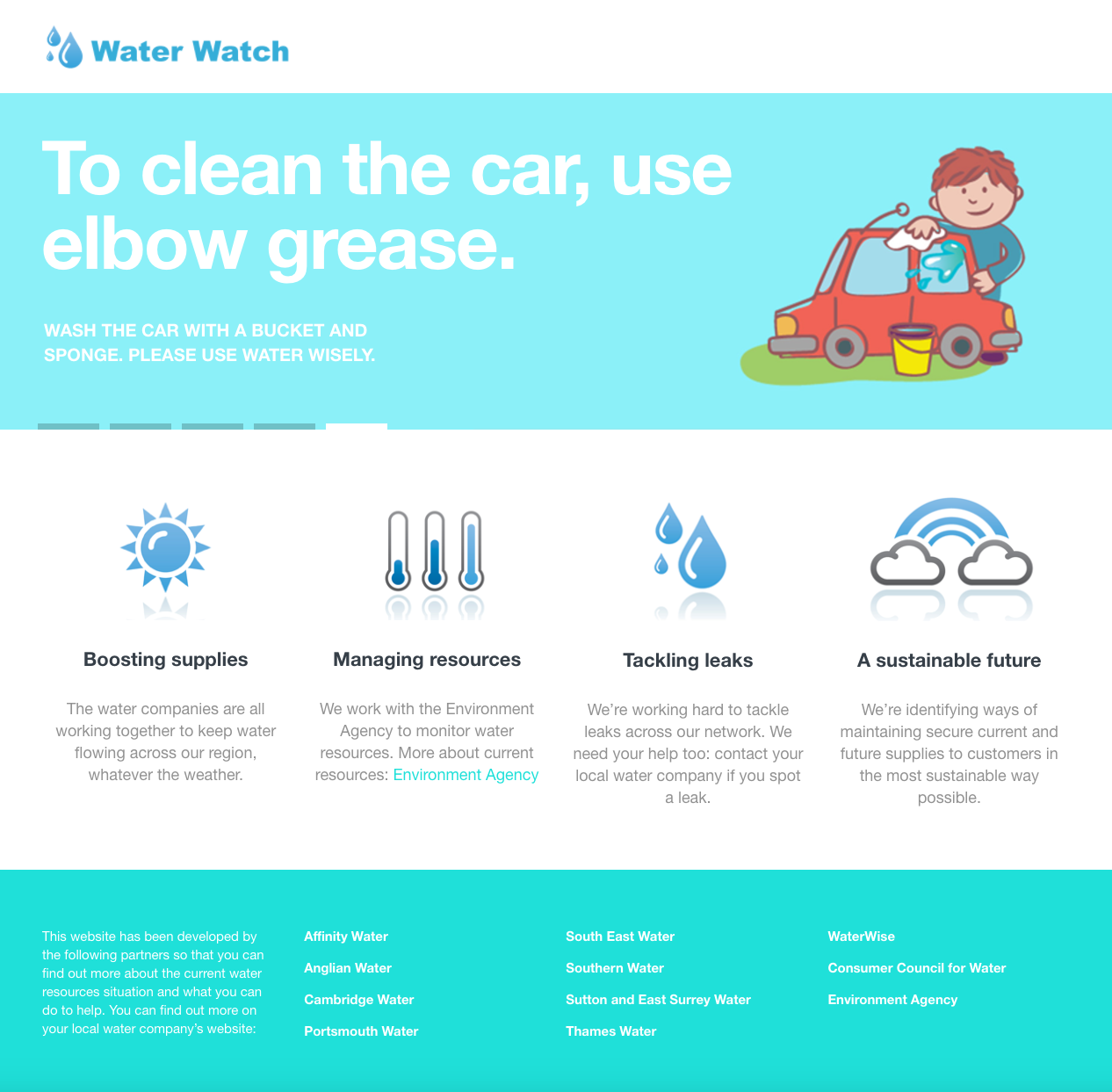 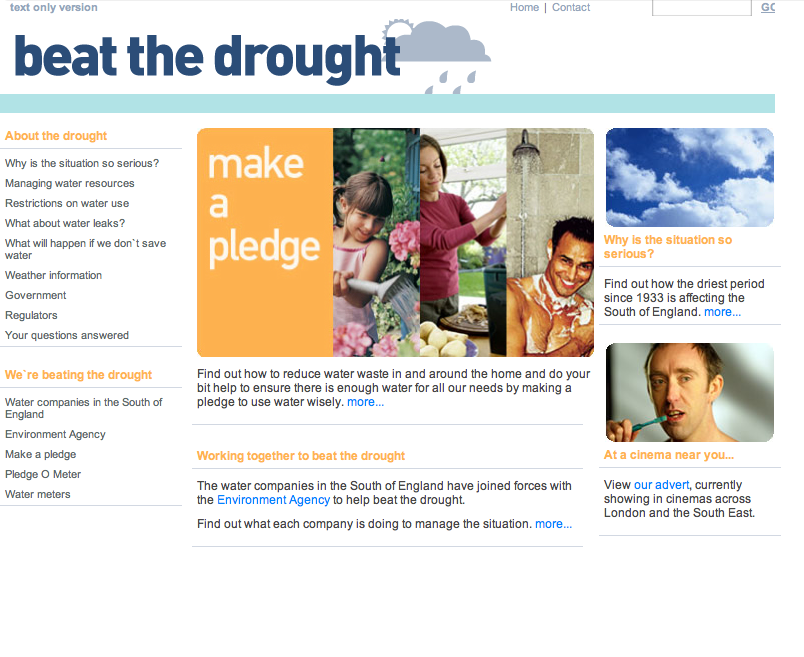